Despite their apparent abundance of resources, our cities often leave the urban poor hungry, heavy, and sick. This book isn’t really about the food that most people eat in Africa's cities, though. Rather, it’s about the many forces that shape the day-to-day choices that people make as they try to survive close to the breadline, and how that expresses itself through the food they eat.

Tomatoes & Taxi Ranks debunks some of the stubborn misconceptions about how cities keep themselves well fed and well nourished, and considers how to create a more sustainable and equitable urban food system, particularly for those struggling to make ends meet.

This book is written for anyone interested in creating sustainable, fair cities on the African continent. 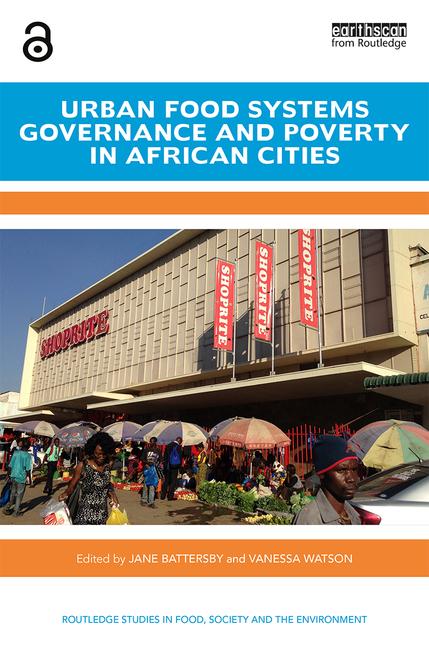 As Africa urbanises and the focus of poverty shifts to urban centres, there is an imperative to address poverty in African cities. This is particularly the case in smaller cities, which are often the most rapidly urbanising, but the least able to cope with this growth. Urban Food Systems Governance and Poverty in African Cities argues that an examination of the food system and food security provides a valuable lens to interrogate urban poverty. Chapters examine the linkages between poverty, urban food systems and local governance with a focus on case studies from three smaller or secondary cities in Africa: Kisumu (Kenya), Kitwe (Zambia) and Epworth (Zimbabwe).

The book makes a wider contribution to debates on urban studies and urban governance in Africa through analysis of the causes and consequences of the paucity of urban-scale data for decision makers, and by presenting potential methodological innovations to address this paucity. As the global development agenda is increasingly focusing on urban issues, most notably the urban goal of the new Sustainable Development Goals and the New Urban Agenda, the work is timely.